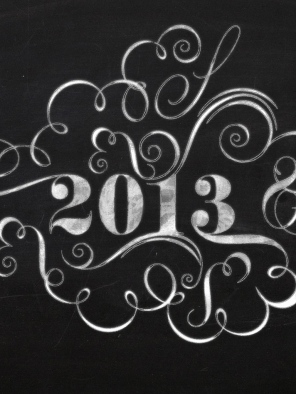 As 2012 draws to a close and we step into 2013, I can’t help but ponder over this past year and how much has happened, both good and bad, that may or may not have motivated and encouraged us to become better human beings. It is a time to reflect and a time to project. Most importantly, we all made it here and 2012 was not “Doomday” after all. Though, when I was growing up in the 80’s and 90’s, I used to believe that by the time the year 2000 rolled around, we’d be living in the sky like The Jetsons – a cartoon I watched quite ardently as a child. Unfortunately, here comes 2013 and we still have cars that don’t fly, or washing machines that don’t fold clothes for us, or the fact that we’re still living on earth, when we could have made home on another planet, like say Mars or Saturn, so that if the earth were to ever annihilate itself, we’d always have a back-up planet to move to. I realize that technology is not as accessible as we’d want it to be. But that’s okay, for that’s the least of my concerns. And, we shall get there. Some day.

However, as for 2012 as a whole, although I cannot speak for others, for me it has been a rather fulfilling year, financially, academically, intellectually/mentally, personally, spiritually, and emotionally. But it also been a very intense year filled with many losses, atrocities and brutalities; for one, we lost a very beautiful and prominent Pashto singer Ghazala Javed – and though it has been several months since she was killed, not a day goes by that I mourn her, for she was a talent that didn’t deserve to die (more on her untimely demise can be read here). And then shortly after Ghazala Javed’s death, we learned of Farida Afridi’s untimely demise – she was a Pashtun humanitarian worker whose only crime was to work for the betterment of Pashtun women. She, too, was murdered in cold blood, and is still all too often commemorated till this very day (more on Farida Afridi’s death can be read here). Not too long after that, we learned of Malala Yousafzai’s shooting, as well as a few others who, unfortunately, were not as lucky as Malala to survive. Again, their only crime was to educate young women and girls (more about Malala’s shooting can be read here). And then there was the young Afghan girl, Anisa – a student and polio volunteer – who was brutally shot six times by gunmen outside her home in the Kapisa province in Afghanistan. Additional brutalities this year included innocent civilians killed in terrorist attacks in a US theatre in Colorado (killing 12 people and injuring 58 others), and then the more recent elementary school shooting  in Connecticut that killed 20 children and six teachers; the never-ending war between Israel and Gaza that took a deadly turn for the worse in November; countless terrorist attacks in Afghanistan and Khyber-Pakhtunkhwa, that’s annihilated so many innocent civilians that I’ve literally lost count – especially the land mines that tragically killed 10 innocent Afghan girls, and then the tragic demise of a prominent ANP member, Bashir Ahmad Bilour, who was attacked, in Peshawar City, and critically injured by a suicide bomber on December 22, 2012. Unfortunately, the injuries were so critical that he died in a hospital a few hours later. And, finally, most recently, the world lost a beautiful 23-year-old woman to a brutal gang-rape in New Delhi India, as well as several other young girls (also victims of horrific rapes), whose only crime was their womanhood, hence deeming them weak and vulnerable, in a society that idolizes patriarchy (more about this can be read here). 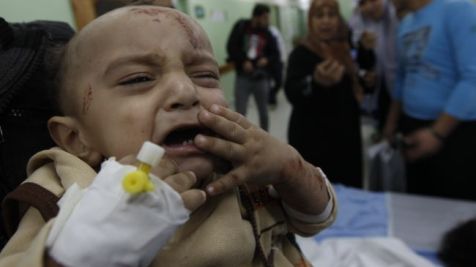 I know 2012 has not been an easy year; far from it actually. The number of negatives compared to the positives is rather overwhelmingly vast, and while I realize I may have missed many incidents (and I apologize for that), the ones that I’ve mentioned above are ones that have affected me deeply, both emotionally and mentally. I wish I could highlight some of the positive things that have occurred in 2012, but as biased as this may sound, nothing comes to mind at the moment. It appears that as the years keep progressing, the more brutal we, humans, are becoming. And these are simply my thoughts and don’t signify absolutism, in any way or form. So, in case my reader is wondering why I’m highlighting specific incidents in this post, these are simply my personal feelings. One of the lessons I’ve come to learn is “Never mind tolerance that implies you put up with something; we are for acceptance. Acceptance means that we accept people who have the right to believe what they want to believe, and that that is okay.” So these “thoughts” are not meant to tell my readers what to think, but rather to give them all something to think about. And, if it resonates and causes them to make better choices that can actually serve them, then that is even more wonderful. Or if they can help someone by truly following some of the points I’ve made in this post, then that is in line with the true intention of what I’m trying to relay.

Nevertheless, I am not the type to be pessimistic, for despite its many negatives, 2012 has been a gratifying year; a year where though I lost a couple friendships, I also managed to gain additional, more valuable, friendships; and these are people whom I love dearly because they inspire and encourage me to become a better person – a better human being.

It is also the year I celebrated in Pakistan for the very first time; among a people I love the most in the world – my beloved husband and my in-laws. And, now, even though 2012 is ending, it is the time of year when we are bringing one year to a close and looking at the beginning of another with great anticipation and excitement; it is a great time for personal reflection and to take note of the year’s lessons. It is a time that we can use to self-actualize, practice reflexivity, and make commitments to our growth and development; as well as to the actions that we will need to employ in order to achieve our goals. It is the time of year when we must make a frank assessment of ourselves and be open to making different choices, as well as honouring our self-worth so that we can be all that we strive to be, and perhaps even more.

I personally believe that a year that comes and goes without some serious thought to how one can raise the bar on his/her personal contribution to the world is a year wasted. Thus, we should all ask ourselves this question: “What is the one thing that I absolutely have to do differently in order to be a better me?” And, as we reflect, we will have the opportunity to hear from both our heads and perhaps even our hearts; be sure that you listen to both (the heart being your gut instinct, of course).

I am sure there are some who would say that this year – 2012 – has taught us that the world has indeed truly come to an end, given all the negative things that have happened thus far. And I can’t help but feel the same way. Yet, at the same time, it is the beginning of the end; it is time for us to wake up and focus more on the “we” instead of the “me”; to allow peace to begin in each and everyone one of us; to replace fear with courage and hatred with love. It is a time to think about the greater good, and not be driven by selfish whims. It is a time that we must begin acknowledging that policies, processes, and laws are simply man-made rules that are not, in any way, stagnant and can be changed at any point in time. It is time for the world to come together, to focus on what will help the human race to find its true purpose again. It is a time for committing to leaving people better than you originally found them. It is a time to finally put all our differences aside; to rejoice and look towards a better, more peaceful 2013.

So, here’s wishing all my dearest readers a very Happy New Year!

One response to “Goodbye 2012: Some Thoughts And Reflections”

I'd love to read your thoughts! Cancel reply

Follow SesapZai – Mom. Artist. Academic. And a little bit of everything else. on WordPress.com

I warmly welcome you to my personal blog! Here you will find a variety of my writings, poetry, and artwork. The topics I typically choose to write on tend to be very controversial, especially pertaining to my thoughts on political issues, philosophy, religion, women's rights, and of course my people (Pashtuns/Pakhtuns).

I apologize, if I offend anyone, in advance. But please feel free to leave your comments/feedback, as there is nothing I love more than an intellectually-stimulating debate/discussion on a number of controversial topics.

You are also more than welcome to subscribe to my blog, so that you may be notified of any future posts. Just simply press "Follow" (if you already have a Wordpress account) or enter your email address to subscribe.

Thank you very much for dropping by and I hope you'll come back soon.